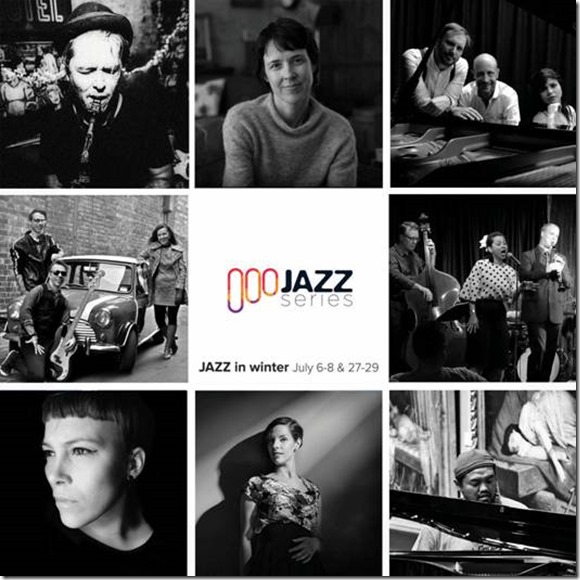 Jeff at the Junktion 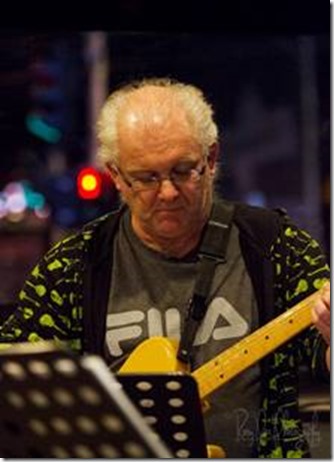 Neil at the Junktion 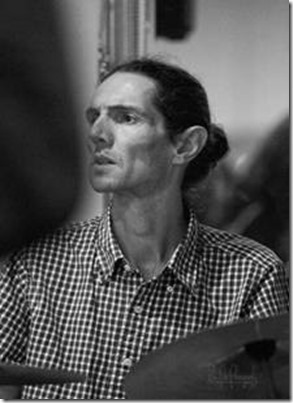 Bill looking worried at the Junktion

The Festival has slowly developed, with an increasing number of innovations and changes. The summary from this year’s website:

For the first time, the festival will run (has run)…over FOUR days, instead of the usual three, allowing us to bring you more of the jazz you have come to know and love, as well as some new exciting elements to discover.

The 2018 annual Castlemaine Jazz Festival will take place right in the heart of Castlemaine at a number of separate (historic) venues, each within walking distance and all especially selected to create the ideal environment to enjoy the weekend of jazz.

The four days worked well. Monday went particularly well with good audience numbers at each of the venues.

The Nubya Garcia concert was packed. This international star and band delivered in spades. Several people commented that this was at the expense of audience for other bands in other festival venues. The Indonesian band from Ubud (Bali) received rave reviews. There were an increased number of highly professional Australian groups.

The Cumberland White Board sessions: great on Saturday, less popular on Sunday. This was intended to provide (free to the public) sessions for festival and other musicians. A work in progress. The festival late night jams peaked as usual on Saturday.

Reduced number of Venues. The scheduling worked well, and there was plenty of opportunity for festival goers to catch their preferred bands. Probably the pick of the venues was the Maurocco Bar, with the best sound at the Bridge .

Big Band Venues – one comment was that the Festival presented a good opportunity for big bands (seven listed). With the Old Castlemaine Gaol venues likely to be unavailable next year, this presents a future challenge for the 2019 Committee.

The Website: the layout was, eventually, much improved over previous years.

Marketing and Promotion: for various unforeseen issues this did not go as well as planned. Nevertheless, there was a good awareness of the Festival with Melbourne based Festival goers and ticket sales were probably up on previous years.

In summary, the Festival was a howling success, moving from an inclusive model towards a more exclusive approach with a higher standard of musicianship as the outcome.

Always assuming that the stalwarts of the Committee discover that they can’t find a good reason not to do it all again….

* Captain “scoop” Chaos has promised a glowing report on this year’s Castlemaine Jazz Festival. Once we have scanned it to make sure it doesn’t contain any glaring accuracies, and put in some photographs, we will publish this asap. From what I can gather…

* There were almost too many big bands, I love them so what’s not to like.

* The Navy Band were terrific and want to come again

* The headline acts were well received and sold out on occasion.

* It was cold as a witches t*t in the mornings but the rain held off and the weather was kind.

If you have an idea for an event that could fit within the 2019 program BMF want to hear from you! We are looking to co-produce events with you that:

Please think outside the box! Events could include – but are not limited to – live music and performance, happenings, exhibitions, activations, workshops, talks, industry development or any other crackpot notion or scheme you’ve been cooking up.

The website has, at last, plenty of information on the bands playing and the venues. It all happens this weekend, and whether you are thinking of going for the full four days, or just dipping in to see the highlights, including Nubya Garcia, who has already sold out her MIJF dates (the Age, Tuesday 5th June), it is about time to saddle up the nag and head North. END_OF_DOCUMENT_TOKEN_TO_BE_REPLACED